Like in all countries, Spain has traditional holidays such as New Year's Day and Christmas. But, there are other festivities that adorn the calendar in Spain, as this country is very attached to traditions.

Spain is known for being one of the most festive countries in the world. With a strong culture and sense of tradition, Spain combines originality and tradition. The country is divided into different important autonomous communities which bring the country to an impressive cultural wealth. Each autonomous community has its own customs, traditions and public holidays.

In this article we will review the most important and original Spanish holidays.

The day of the Kings occurs on the 6th of January. In some households, it is as important as Christmas Day. The Wise Men form part of the emblematic figures of the Christmas festivities.

A parade, called the "Cabalgata", takes place on the 6th of January which illustrates the arrival of the Wise Men to every Spanish city. Traditionally, children receive presents or sweets before finding their presents in their homes.

If you wish to know more about the Wise Men, click here. 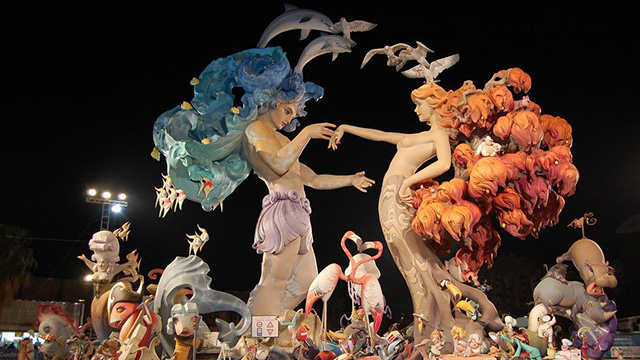 The Fallas in Valencia

Las Fallas transpire in the middle of March, and it consists of setting fire to large paper statues, that can go up to 20 meters high. Every district in the city commissions artists to create a statue called a "Falla". The statue is made of composite materials and a wooden frame. They often represent political figures or well-known people in the country.

An election for the best statue is held before being burned on the night of the 19th to the 20th of March.

This event is one of the most famous Spanish festivals.

Holy Week is a Christian festival. It is one of the best known Spanish celebrations throughout the world. The Holy Week takes place during easter. However, its importance varies across the country. It is  predominantly celebrated in Andalusia, where you can see large processions and gatherings in the city. In somes cities, the centre is completely closed for the occasion and it is a popular event but also a tourist event.  In some Andalusian cities, there are daily processions in the afternoon and evening, there is loud flamenco playing that people sing along to, in honour of religious images. 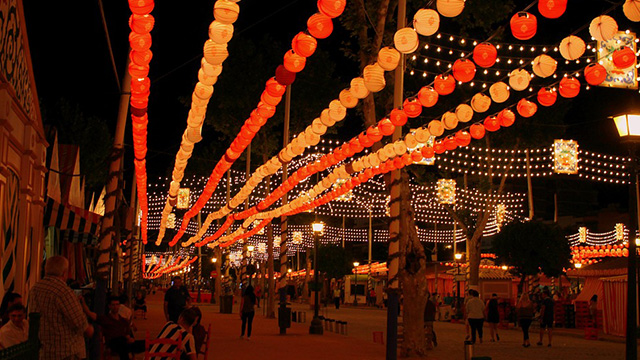 The April Fair in Seville

Two weeks after the Holy Week, Sevillians prepare to celebrate the Feria. The april fair which occurs in Seville and it is one of the most famous fairs in Spain and abroad. During one week, the inhabitants wear typical Andalusian costumes and dance sevillanas, which is a typical folkloric dance of Seville. The fair counts more than a thousand casetas, or stands, set up for the occasion. The casetas vary in size and offer all the comforts of a bar with a "tablao" for dancing. Mostly, these casetas are owned by private associations or families, people may only enter if they were invited. However, there are also public casetas, open to everyone.

The Carnival of Cádiz

The carnival of Cádiz is a very popular festivity for Andalusia and all of Spain. The carnival of Cádiz is inspired by the Genoa carnival, it is a world known, fun and original festival that occurs in the beginning of June. The way the carnival unfolds is children and adults parading through the streets of Cádiz in their costumes to the rythm of loud music. It is not just a parade, there are also traditional dances and festivals, gastronomic fairs and many other activities. This week attracts thousands of people from all over Spain who gather to celebrate Andalusian culture.

Rioja wine is one of the most renowned in the peninsula. So well known that there is even a festival dedicated to this region and this wine that takes places on the 29th of June. The day starts with a parade of the local population. All participants are dressed in white and have a red scarf around their necks and are carrying water bottles and bottles of red wine. The participants follow the town's chief to the hermitage of Saint Felix, to a mass. Once the mass ends, the wine battle begins.

The Tomatina in Buñol

This celebration takes place every year in Buñol, near Valencia, on the last Wednesdays of August. It is the biggest tomato battle in the world! Every year, thousands of people gather together and get caught up in a huge tomato battle! There is no clear idea of what the history of this battle is, however, it attracts thousands of tourists every year.

Clearly, Spain is a country rich in celebrations and in culture, so wait no more and come celebrate with us! Participate in our next raffle and get the chance to win a beautiful home in the Spanish coastline from only £2! 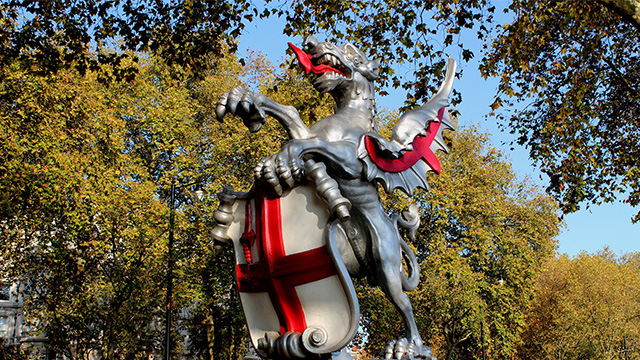 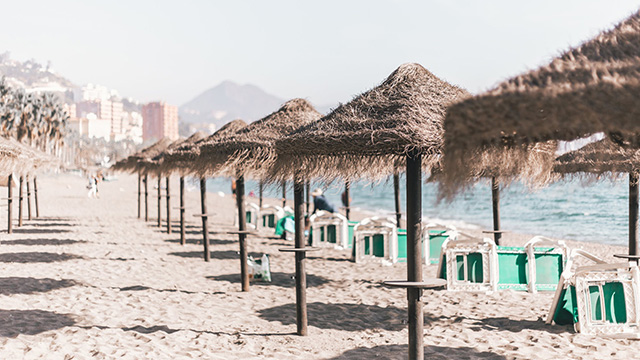 Where to spend the summer in Spain from the United Kingdom