St. George is a very popular saint throughout Europe and many legends have grown up around his life. He was a Roman soldier executed in Nicomedia because of his Christian faith, for which he venerated because of his martyr. He has lavished his name and popularity across the world. There is no historical certainty of the story that made him so popular, but this centuries old tradition has been deeply rooted in many corners of the world.

St. George was born in a Christian family in Cappadocia. He was an officer of the Roman army. One day, George was sent to a town terrorised by a fearsome dragon that devoured all the animals in the region and demanded tribute every day of two young individuals chosen by lot. St. George arrives to that town the day the daughter of the King was chosen by lot, entailing she would become another victim of the dragon. Fearless, George engages in a battle with the dragon, it is believed he defeated the dragon with the help of Christ. Because of this triumph, with the help of the Christ, George became a victim of the anti-Christian persecutions, followed by terrible martyr in Palestine, which included torture which he managed to survive until he was beheaded.

Notably, in medieval times, a beast like a dragon was supposed to represent all that is evil, so it is likely that in the narrative of the time, the dragon was used as a metaphor for the devil.

Following these martyrs, the crusades spread his story in the West, he became one of the patron saints in Genoa, Venice and Barcelona, as well as the national saint of England.

Nowadays, St. George's day is celebrated on April 23rd, the anniversary of his death in 303 AD, he is remembered as the legend that tamed and slayed a dragon that demanded human sacrifices.

How is St. George celebrated in the United Kingdom

St. George is celebrated in many countries on the same date, England commemorates Saint George on the date of his death.

During the crusades, the image of St. George is said to have led English soldiers to victory at the siege of Antioch, it is said it gave them the courage to continue and be victorious in battle. The first mention of the cross of St. George, which is now the English flag, dates back 1277, under the reign of Edward I. After hearing the Crusades stories, he became the patron of England under Edward III. St. George is celebrated throughout England, but it is not a national holiday.

St. George became a bank holiday in 1415 in England, this day remained a bank holiday for about 300 years, but the tradition was stopped in the mid-18th century.

Although traditions are somewhat forgotten, the Council of the city of London organises annual festivites in honour of this day. On this day, the English flag is displayed everywhere: a red cross on a white background, St. George's cross. London celebrates this day with parades, food festivals, street performances and free events. Usually, these celebrations are held between the 23rd and the 25th of April. The idea is to celebrate the diversity and richness of English and London culture. 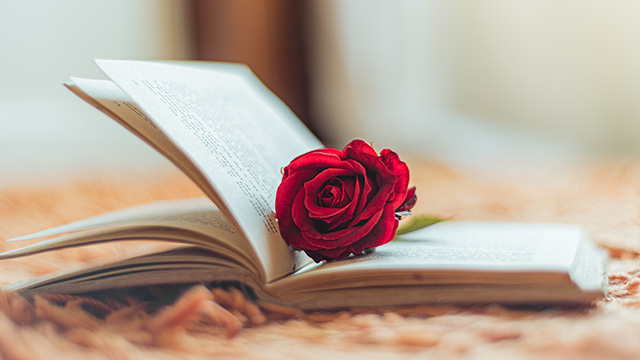 How is St. George celebrated in Spain

In Spain, the best known festivities held in celebration of St. George are celebrated in Catalonia, where St. George's Day is the day of lovers.

Traditionally, the men are to give women roses, and women, on the other hand, give men books as a present, because St. George's day is also International Book Day all over the world, in memory of two of the greatest writers that passed away on that same day.

During that day, the streets of Barcelona are filled with book stalls, mainly on the Ramblas which is a very famous avenue in Barcelona.

Similar to the British celebrations, St. George's day is also a vindication of Catalan culture, as it also symbolizes the identity of Catalonia: the cross of saint George is the first emblem of the Generalitat and appears on the coat of arms of Barcelona.

Additionally, if you walk the streets of Barcelona on that day, you will see how, many citizens hang that flag in their windows or balconies in order to promote the Catalonian language and identity. Even the roses given to the women are accompanied by a ear of wheat and a small flag called a senyera.

If you are thinking about travelling to Barcelona, this time of year is the perfect time to go, not only because of the festivities on that day but also because of the Spring climate.

Come see if for yourself and participate in our next raffle and get the chance to win a home in the Spanish coastline from only £2! 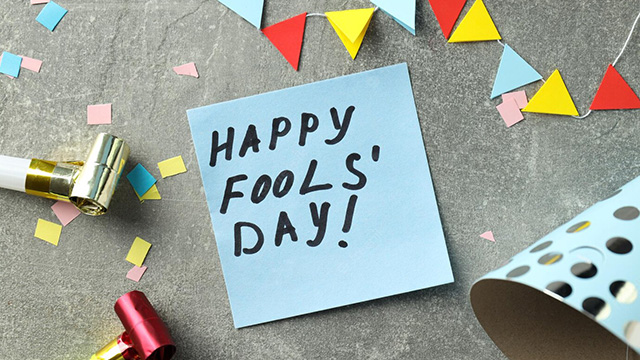 How are Prank Days celebrated in Spain and in the United Kingdom?
Next 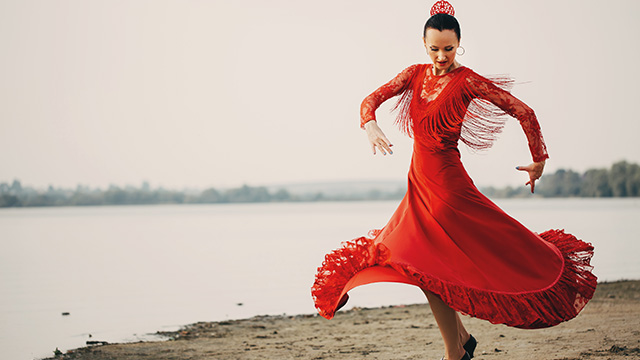 A guide to Spain's most popular traditional festivities