Gibraltar is a small overseas territory of the United Kingdom (UK), located in the South of the Iberian Peninsula, bordering the Strait of Gibraltar, which connects the Mediterranean to the Atlantic Ocean. It consists of the Rock of Gibraltar and is separated from Spain by a 1.2 kilometre border.

In 1704, during the War of the Spanish Succesion, an Anglo-Dutch force conquered Gibraltar, and later, took possession of the place in the name of the Queen of England. The Treaty of Utrecht of 1713 buried this cession from Spain in favour of Great Britain, with certain limitations including the prohibition of all communications by land and trade with the bordering territory. The territory is limited to the city of Gibraltar, its Castle, its port, its defences and its fortress. Moreover, Spain was granted a right of preference.

The Treaty, signed by Philip V in 1713, also established that if at any time the British Crown wished to give, sell or alienate in any way the property of the territory, Spain would have a preferential right over others to recuperate the territory.

Gibraltar joined the European Community at the same as the United Kingdom in 1973. It is then identified as a special region within the European Union (EU) and it is thereby not fully subject to European law.  Gibraltar was excluded from the Customs Union, from the obligation to charge Value Added Tax (VAT,) from the Common Commercial Policy, from the Common Agricultural Policy and from the Common Fisheries Policy. This led to problems regarding financial market transparency, taxation and trafficking.

The local government of Gibraltar organised a referendum in 2002 proposing co-sovereignty for Spain and the UK: an option that is rejected by almost the whole population of the territory. This demonstrated the total desire of the inhabitants to remain British. 2002 marked the year by which Spain was closest to achieve co-sovereignty. Spain's tireless and perpetual battle to recuperate the territory has never concluded in positive results. 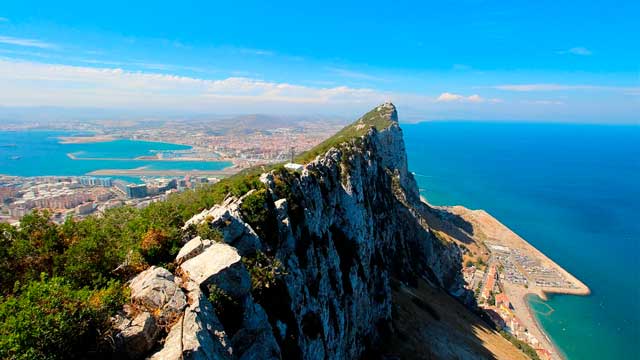 Located in a large urban area of about 300,000 inhabitants, Gibraltar forms a British enclave in Southern Spain. A sort of thorn in Spain's side, as this tiny strategic zone is claimed by that country, which ceded it to the British back in 1713.

The area is strategic, especially militarily, as it is a control point for the passage ships between the Atlantic and the Mediterranean and between Europe and Africa.

For a long time, military activities and the related shipyards constituted the main economic activity of the small territory. Nowadays, services, including tourism but especially finance, have taken over. Gibraltar is indeed considered a tax haven.

The proximity to Spain is very conducive to tourist visits, although few people stay overnight.

Despite its small size and population, the geographical position of Gibraltar has a definite geopolitical interest to the UK. It is the gateway to the Mediterranean on the Atlantic side, that seperates it from Morocco by only a few kilometres, and is on the way to the Middle East and the Indian Ocean, linked by the Suez Canal.

Since 1982, the international status of the Strait of Gibaltar has authorised any state to fly over and navigate in the area without having to inform Spain or Morocco.

Notably, it is essential for Great Britain because of its importance for the transit of a large part of the oil and natural gas needed by Western Europe. It goes without saying, therefore, that the UK is very attached to its full sovereignty over the territory.

Remarkably, Gibraltar is subject to International Law, which includes the right to self-determination. At the United Nations, the committee in charge of colonial affairs is responsible for Gibraltar.

What is its current situation after Brexit?

The planned exit of the UK from the EU has reopened the debate on trade relations between Spain and the small territory, a source of tension between the two countries. Spain wants to have a say in the application of Gibraltar in any agreement, especially trade agreements, between the UK and the EU. Madrid proposed shared sovereignty, so that Gibraltar could remain within the EU, however, that offer was categorically refused by London.

Spain and the UK have found a solution for the situation regarding Gibraltar resulting from Brexit. They have agreed on a way to guarantee the passage of people and goods. The agreement prevents Gibraltar from becoming an external border of the EU, thus, entering the Schenghen area.

There is no longer a barrier with Spain, the small British enclave joined the Schenghen area and its inhabitants will be able to enjoy free movement within the EU. However, travellers from the UK have to present a passport when entering the territory. Entry controls at Gibraltar port or airport are carried out by the European Border Agency Frontex, and Spain will be the Member State responsible for ensuring that the standards of access and visas for entry into the Schenghen area are met. 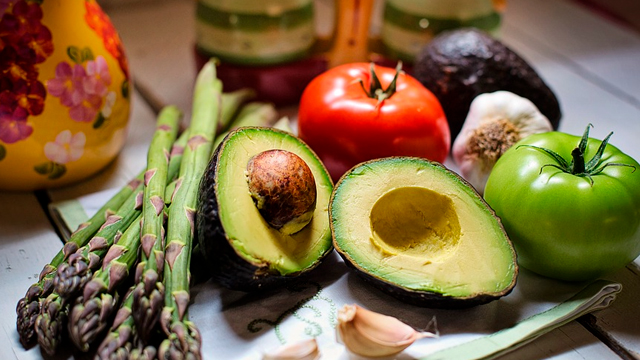